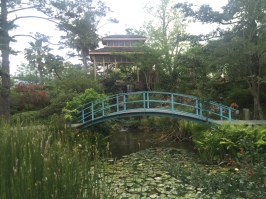 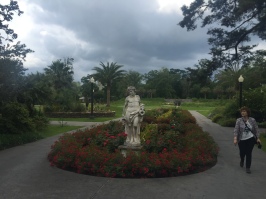 A plantation mansion visit. We’re both in awe as soon as we step in the gardens.
Hush Hush Sweet Charlotte film placed in the Houmas House – named after the amerindian tribe the piece of land was bought from in 1770 (?)
Bette Davies and other divas in it. Psycho thriller. One of those stories that go beyond the screen. But apart from skizoid elements I didn’t get any immediate hooks in the gossipy tinted story. Refrained from noting much down about the house. As a mix of old and dusted memory, less connections to the slave history or my skepticism towards the guide’s raci views kept me looking for photo-memos instead. Turns out she was quite knowledgeable and with fair moral views, with unexpected historical sides to it. But I leave these stories to the another musing self. Too much sadness over my last plantations trip (a year back). Wanted to breathe a bit in between the awe and the ough this time…
Some authentic (?) pieces of top art. Gaugain for example. 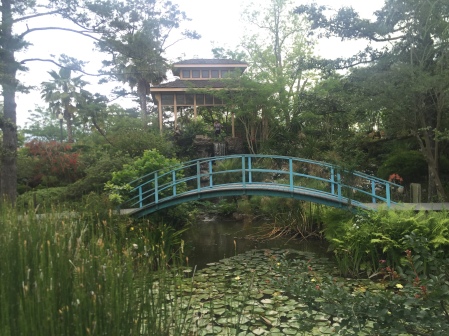 Trees to reshape your imagination. Both of us branching gaze and breath, hands and steps through their gigantic intricate stories. Antropoforming emotions, dramas and passions. Tragedies. Venalities. Aflood the phones with photos.

Going back to a cross-indiscretion/bimorality:
Ran into many asians in US so far, but I think I was unawaringly expecting a dominant asian cultural expressivity from them, or accent.. but they were americans in fact, with a heavy american accent. So I felt quite contrariated when a cute one – Viviane- fooling around me at Chad’s said: “So how was America for you so far? The jazz fest and all..? It must be interesting to come from a different culture into all this!” She was from a town 30′ away. I was from a culture too far away, a different galaxy. She looked as if from the other side of the Pacific. Both of us stereotyping each other. But still, I felt much less out of place here, (less discriminated) than in many other situations in Europe where Romanians may occasionally come across a whole bunch of prejudicial european Drumpfs. 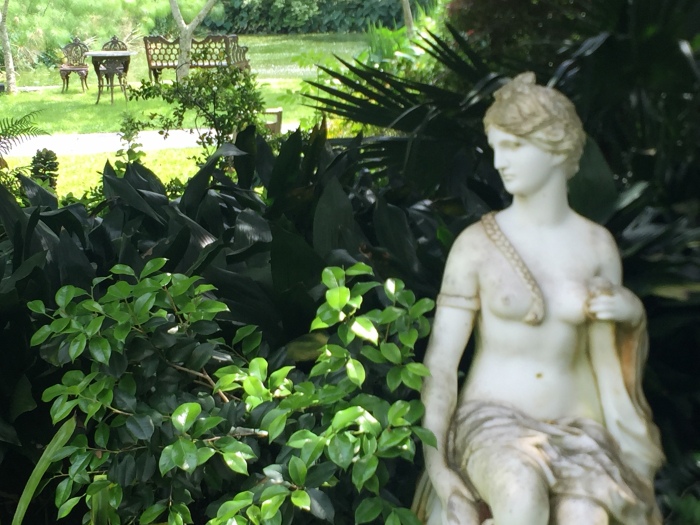 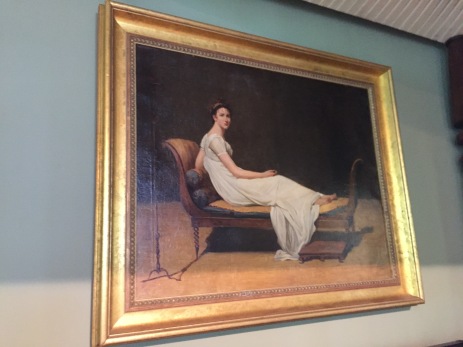 Oh, hold on, there was this moment at Houmas mansion. I was walking in the luxuriant gardens watching a young bride on a photo session thinking who’d go for a wedding in such a set up. How fair or dark a skin. Or is there an inherent segregation of (will/)choice? She looked a fair late 20′ with a young soul-fibre. She dropped a look or two between the snaps as we crossed paths a couple of times. A juvenile murmur. She wad getting married in 6-7 months (? how come), and only some sort of pre-wed album now, a … wedly tryout..? or a west coast tradition… However, the camera, or the shooting travails … nah, I believe foreboding shades of the near future were dressing her glamorous look and pose in… dry maturity. I could suddenly see a clear image of her proud but dusted…in her late 30s, 40s, almost 60s flashing across face, her eyes. She was apropriating a social projection that was morphing her soulshape so fast..! Or was it the watermark of life in this place, these mansions, for hundreds of years that when called upon by such social etiquette would broadcast the sadness of the place and the dreariness of the history into the young wed-to-be girl?

Three 60-70s ladies stopped and asked me to take a picture.
“Oh, Romania!” as if knowing a bit about it. Toward Russia right?”
“Which sea is it on?” – one of them with a bit more geographic memory.
More like towards Greece, this side of the Black Sea.
“And tell me, do you know Jesus?” – the first one again.
well Son of God, our saviour, we all do, don’t we? and luckily I stop there.
“Oh nooo, not all! you first have to accept Jesus in your life, to receive him, to… (I don’t remember the whole scenario) and only then you get to know Him!” “So do you?..”
Do I. I partake innocuously in their religious confidence. The challenge would have been misplaced. Especially as we talk of nuances. Personal or dogmatic.

Dinner?:  Back on Frenchman’s.

On the run to get in line for it!:

At Adolfo‘s, finally. For a repeat of last year’s creole feast. Tried teo days in a row but at wrong times…  Deschid la 17:30 si la 18:45 when we showed up there were already 10 other dinner parties on the waiting list ahead of us. They get busy right away the lean nice guy says.
We sit and I insist to get all three creole signature dishes of the day. Meats are generally cooked italian-american style while sauces are creole. But these three tend to be overly creole in the whole conception. “It’s too much” – the waiter, same lean early 20s. Smart and to the point. But will pack-to-go it whatever’s left. Si in seara precedenta am scos mancarea adusa din alta parte cand eram la Snug la recital, quickly before the cocktail lady showed up.
Masa de patru, asa ca ii spunem omului sa mai aduca doi daca vrea. Se sta in jur de ora la coada de obicei. Mai apar doua tipe, o bruneta si o blonda. 30s. A bit tight space. Dar mai bine asa. Mama scrie. Same here, dar mai arunc cate un ochi la ele while at it. Astea stau aproape neintrerupt pe FB, just browsing, occasionaly comenting about something someone showed there. Brits?, I suspect at some point. Non brit English speakers tend to be a lot more overt.
Booked up a piano show at Snug Harbour de la 22:00. Gonna miss Fella Khuti. Dar cred ca e ceva gen tribute to him in the other venue. So much for it, we chose. 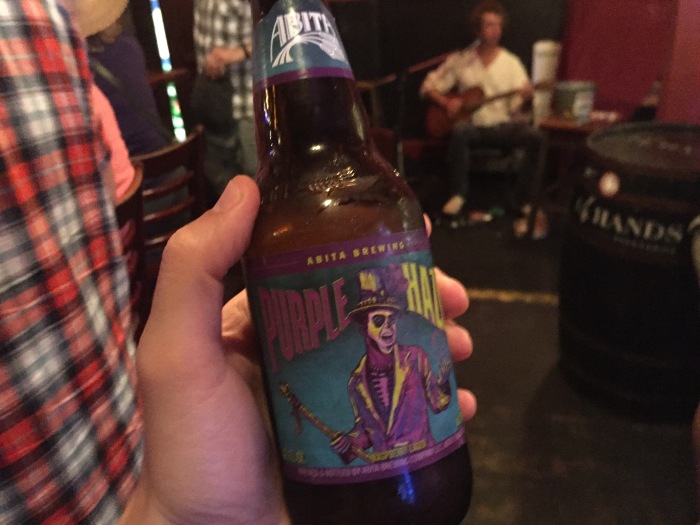 Henry Butler quartet – un negru orb of bigger repute that is barely seen in Newrleans anymore.
again @ Snug Harbor. Tuesday
A refined piano virtuoso, with ingenious colorations and rhythm. With a fast sax player just as dexteruous. Both in their 60s. Unfortunately I was stunned by sleep. Almost somnambulant. But would wake up to reverbartoes and a tapestry of keybord constructions, enough to look him up home and earmark him.