It was this image that caught my eye. Like that of a modern city son meeting his former samurai father. 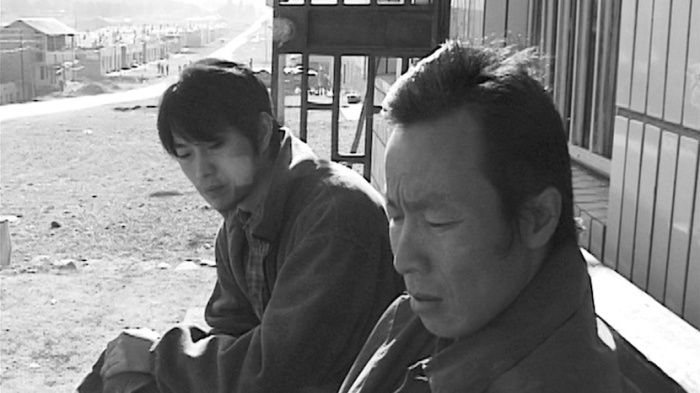 Then there was a mix of hopes of a Jia Zhang-ke type of experience, my ideas about what an itinerant poet would be, memories of On the Road, my trip in China about 12 years ago and lewed references in the synopsis. That!

Shot in 2002. In Xinjiang province. A backpacker’s really barren ride/guide through China. No clues. Just inspiration.

The traveling poet on a business trip. Weaving together the stark reality. Pausing in the black pits of it and laying down a warm pebble. There’s a faint light, the warmth of his wonder still catching your eye. And then he travels again. Meets road, radio scatters in the trucks. Cold and dust. Masses of water. “Do you wanna come inside a mongolian tent?, common, it’s raining outside.” And a drizzle of sleet starts drumming on the grass within seconds. On the frozen patches of grass. On the stones. You warm up inside. Sometimes inside a woman’s vagina, sometimes in her tenderness. In a conversation. About options, about validity of life choices. About not being alone. Nothing to do.   Emanates from pauses. Chinese ones are not long. But the desolation is spacious. You only feel constrained by the border fences when coming onto the Kazachstan border. People are… longing for simple attachments. A hooker is a normal person. One, a (factory?) worker or a clerk. A bit more pensive, more expressive of her mind. Another one a peasant. Barely 15-20′ after getting to know the young guy, while rubbing him to get him hard, realises he’s not married and immediately goes for it. Let’s get married then. We can go anywhere then. We can settle here or there… but somehow the choices don’t go too far. But still the possibility of moving on. “Chinese people marry at 25. You are 30.” she says. We can go anywhere. And they do go anywhere.

The memory of a fantastic lake up in the mountains. One he never manages to get to. The imprints of a raising sun in a brisk morning’s layer of haze. Shines through the horizon. Admiration of moon. Of jewel. Of light. This guy has nothing. But reminds me of how open we’d left our options and how random we stopped here and there when we went around Black Sea. This is how we built our world too. This is what we were looking for. Light straightened along crooked roads. Weaving waters.

At every four lines above sit your pen and write a poem. A quiet one. No loud shouts. This is how it’s been. In black and white. Documentary? almost. A wandering poet and his filmmaker shadow.

Dar energia femeii asteilalte…  my GOD! te cutremura, to tears. Somehow, though, I feel more freedom in the way she loved. Though just as strong an attachment.  Just as honest! I don’t see that love-hate Amy relations. Maybe only with norms and society, which they both had. But not with their closest lovers.

The way she gave herself to the public!

Documentary based on a lot less available material compared to Amy’s. But just as powerful. Blue my heart away and raised the hair on my back. A reaction of body insulation to… cold shivers?, what sort of…this time? emotional ones? Ten! It’s my body transforming into a resonance chamber. Stringing every pore and thread to vibrate to that voice, that raw, pervasive honesty. Totally! 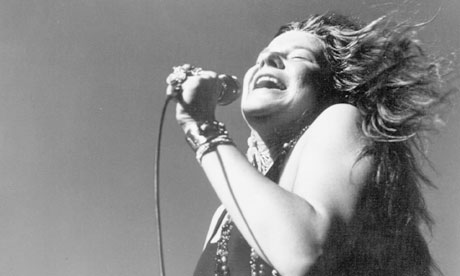