Queued up for returns to Paolo Sorentino’s last film: 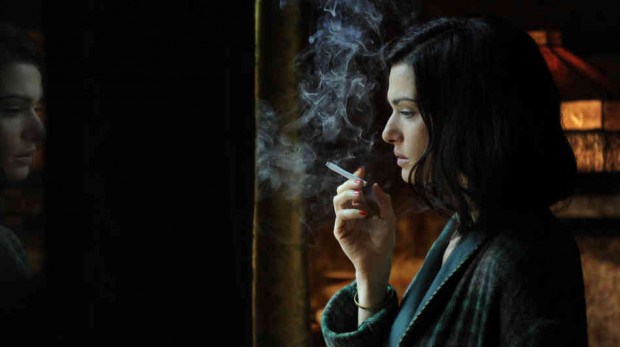 A false pretense film.  Grande, full of Sorentino’s by now filming stereotypes.  Jane Fonda’s was maybe a more savory role. Poor lines a lot of time, ahhh I’d better not say anything else. I don’t have that many gd things to say abt it. Disapointed!

A much better film, slow but burning with intensity,  a lot of acting in good faith.  Beautiful landscape,  just as much as it’s needed. Impressed a lot especially in the beginning, but anyway visually (and use of sound/silence) surprising quite often. In a positive way. I almost commented about racial differences as this line became ambiguous towards the second half of the film onwards. Not sure yet if the director specfically intended them to maybe open the reactions/obedience/adaptation to one another towards this interpretation of some of them. A film about grieving individuals coming together to alleviate each other. Semi-detective story. More of a search for what is or is not painful in the process of overcoming violent dramatic events in each other’s life. Towards the end I became a bit less convinced by the way the film unveiled certain aspects, solutions or partial solutions to the drama, etc. Not overly impresed but ok-to-good film.